First thing to notice is this message in the HTML source.

So some logging features was turned off but was it really turned off? Not quite. When submitting a URL to debug, you see that it used the GET parameter ?nolog. If you submit the same request without this parameter, the application spits out errors about Redis.

The first lines mentions that the file redis-config.php is not on the server. So it uses Redis and it is probably still running but the web application can’t use it because it is not configured.

Going back to the main page, let’s try to talk with Redis using HTTP. By doing a POST request, Redis will receive all the usual HTTP headers that is included in the request but will ignore them by saying the command does not exist. The POST body can contain actual Redis commands and Redis will hapily execute them. 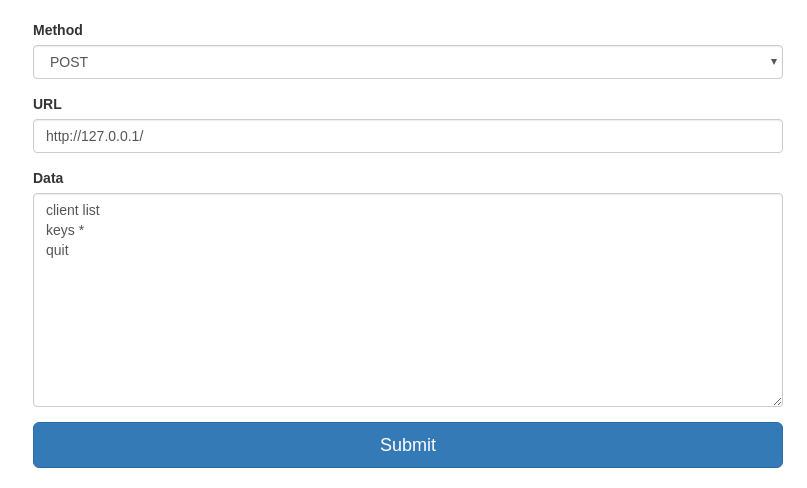 Unfortunately, the application does not allow direct loopback access. Even if we try to pass a DNS address, it will try to resolve it to check it does not point to the loopback address.

At this point I assumed that the check was done using a PHP function such as gethostbyname and that we can probably bypass the check by using a DNS A entry with two IP addresses. This is the setup I had in Cloudflare.

It happens that the function gethostbyname returns each IP with a probably of 50%.

After a couple of tries, it works! Redis answers my commands.

I have then used the following commands to create a basic PHP shell on the server.

Change the current directory of Redis to the web root of the sandbox:

I then insert a value in the database with the PHP code I want to execute. This string will be in plain text in the backup file.

Finally, trigger a background save which will save the dump file into /var/www/sandox/becojo.php 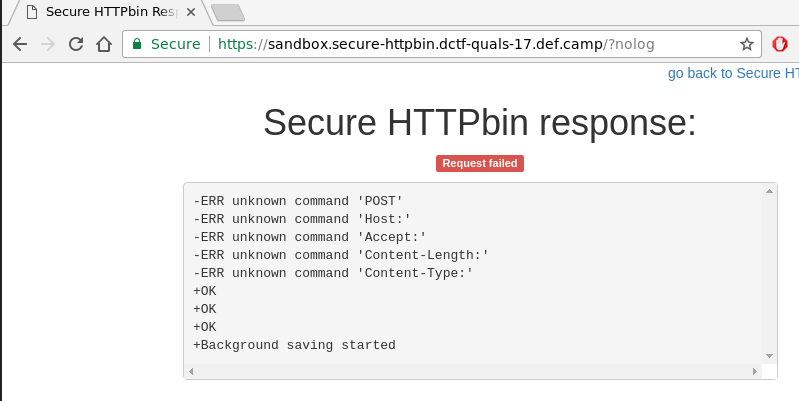 Everything seems fine and we have a shell and a flag.